Several world champions Lead Off City Weiqi League playoffs! The Competition Is Fierce, The Top Three of The Last Season Are All Out

The 1/8 finals of the 2018 season in the City Weiqi League ended at the Nanning International Convention and Exhibition Center. Last season, the champions of the third place, Quzhou Yigu, Jingde Chinese Medicine and Wuhan Zhonghe were all defeated in the 1/8 finals. 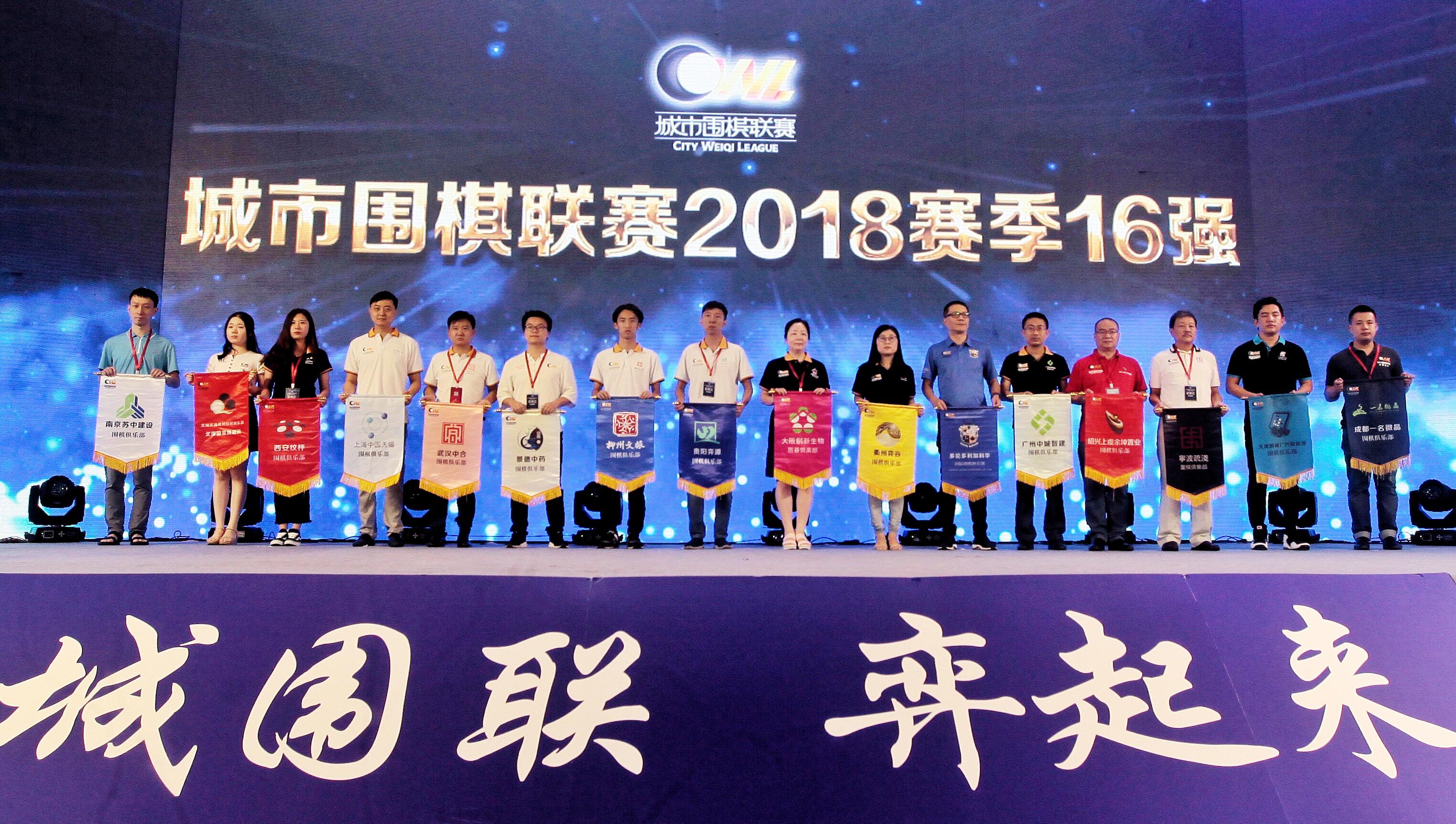 The last two rounds (9th, 10th rounds) of the regular season of the City Weiqi League started on the afternoon of August 10. At the scene of the game, the famous players such as Ma Xiaochun, Gu Li, Chen Yaoye, Tang Weixing, Gu Zhi Hao, Jie Cheng Cong, Lian Xiao, Yi Jia, Zhou Ruiyang, etc. all came to the site to make final efforts for their teams to achieve good results.
On the morning of August 11, the opening ceremony of the City Weiqi League's playoffs was held. Director General of the City Weiqi League, Rong Jianxing, Zhang Wenjun, member of the Standing Committee of Nanning People Government and Deputy Mayor, Xie Qiang, deputy director of the Guangxi Zhuang Autonomous Region Sports Bureau, and Lin Jianchao, chairman of the China Weiqi Association, delivered speeches. In his speech, Lin Jianchao pointed out: "The City Weiqi League 2018 playoffs were held during the China Weiqi Congress, which reflected the special value of this event in a larger context. City Weiqi League is the product of Go reform, its outstanding reflected the innovation of Go's operation mode, it has gone its own way in realizing the popularization, socialization, marketization and diversification of Go sport. In just a few years, it has evolved from an event to a new form of Go sports of national and even the world." 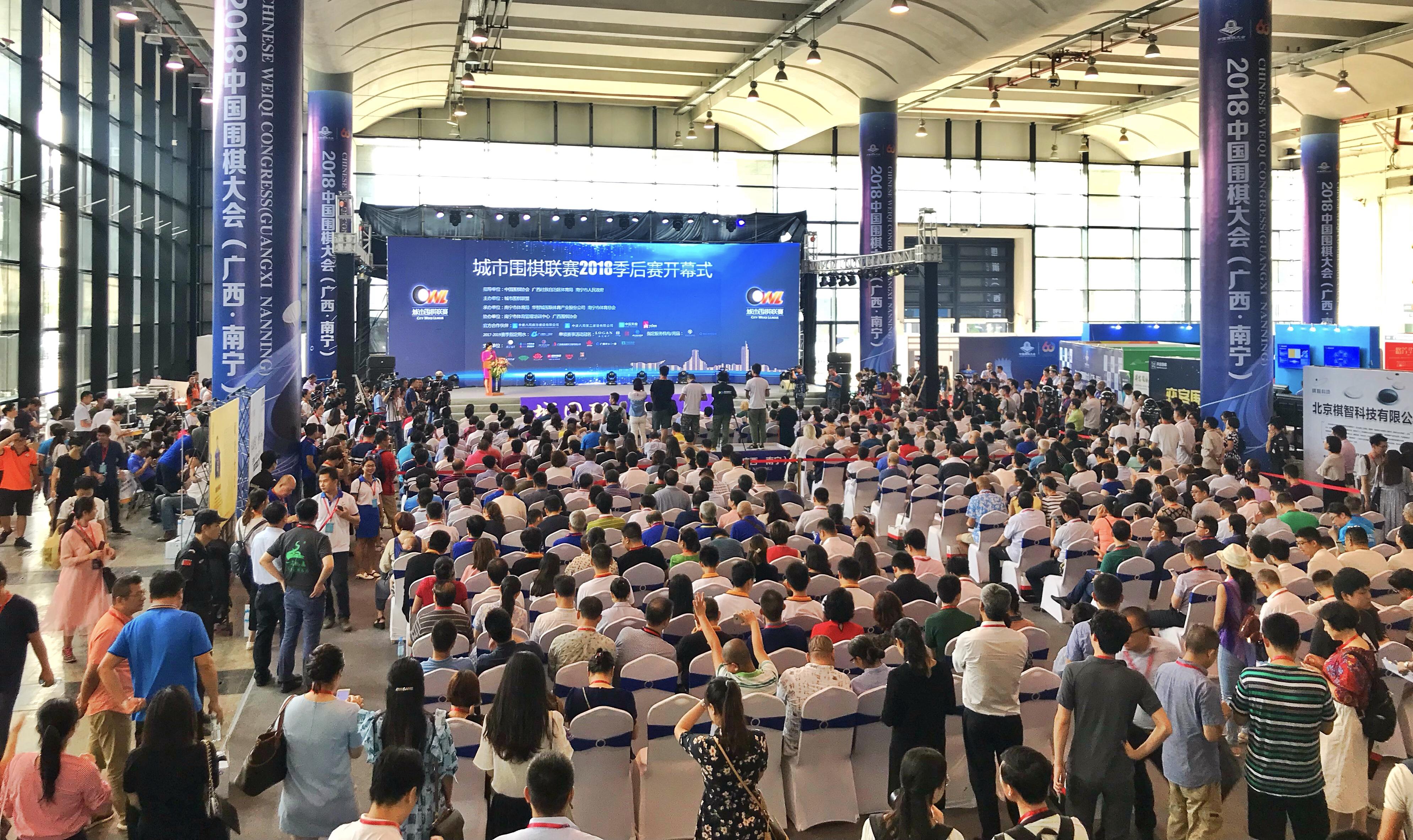 ▲The Opening Ceremony of The Playoffs 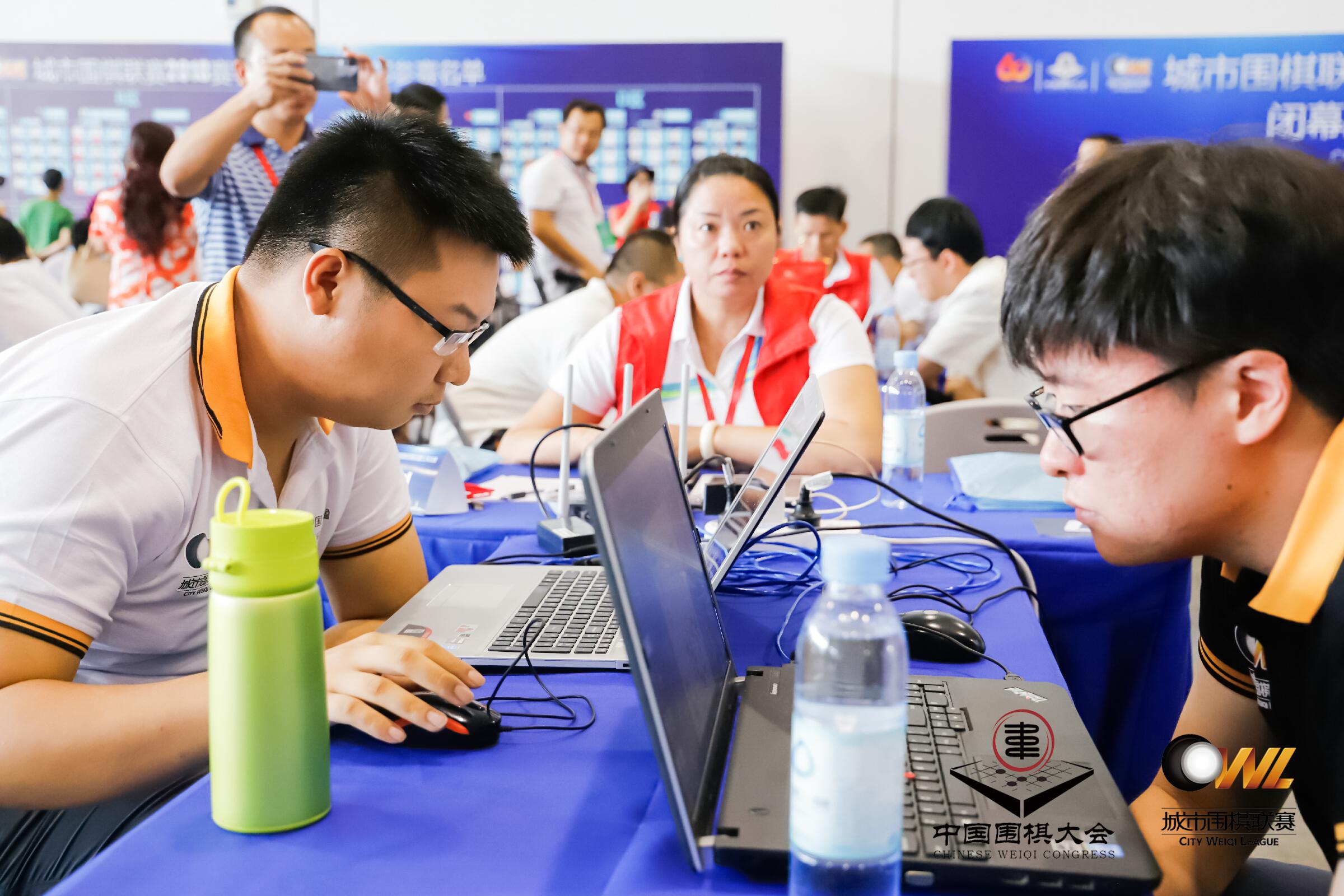 The defending champion Quzhou Yigu and the group match opponent Shanghai China Tianzhu met again in the playoffs. In the regular season, the two sides won each other one game. The two sides dispatched their main players, Jiang Weijie and Zhou Ruiyang were in a tit-for-tat position in the middle of the game. In the end, the amateur king Hu Yuqing played and sealed the victory for Shanghai China Tian Ying. After the game, he sent a circle of friends, "The hard-won victory! Finally completed the basic goal of this year's team." The Jingde Chinese medicine regular led by Chen Yaoxuan was the same as the Liuzhou Wenlv score, and even the small score was the same. Finally, the Jingde Club was selected by drawing as the second of the group. In the 1/8 finals, the Club met the Beihai Gaoxin who ended its regular season with a three-game win-streak. As Chen Yaoye said before the game, “the pressure is greater and the opponents are stronger after entering the knockout round.” Shi Yue who led the Beihai Gaoxin team, did not miss the opportunity and successfully advanced to the next round. Shi Yue said, "This time the situation of our team is better than last year." 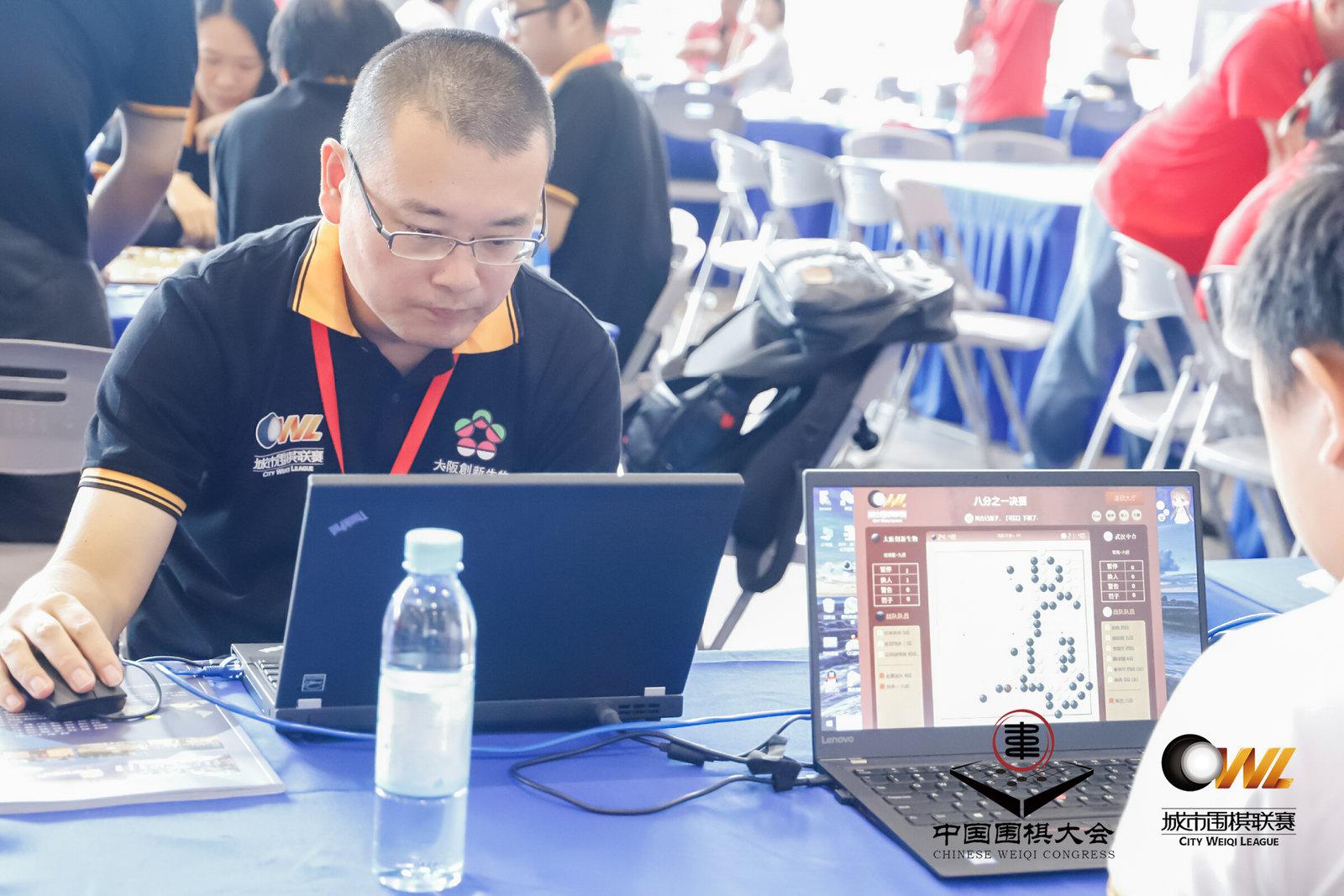 Last season's third place Wuhan Zhonghe lost to Osaka Chuangxin Shengwu, failed to sustain the momentum of the regular season's 9-game winning streak. "This game the opponent made a fault in the first half of the game. After we caught it, we haven’t give them any chance any more. No matter how the opponent work hard, we won at last." As the only one foreign team to advance to the quarterfinals, Osaka Chuangxin Shengwu Team Honglin Meiyan is very satisfied with the performance of the team. "We have already entered the top 8 and the target will be set higher. The next game is with the Nanjing team. Last year the two teams scored 1:1. We still have a chance." ▲ Group Photo of Forum Guests and The Host 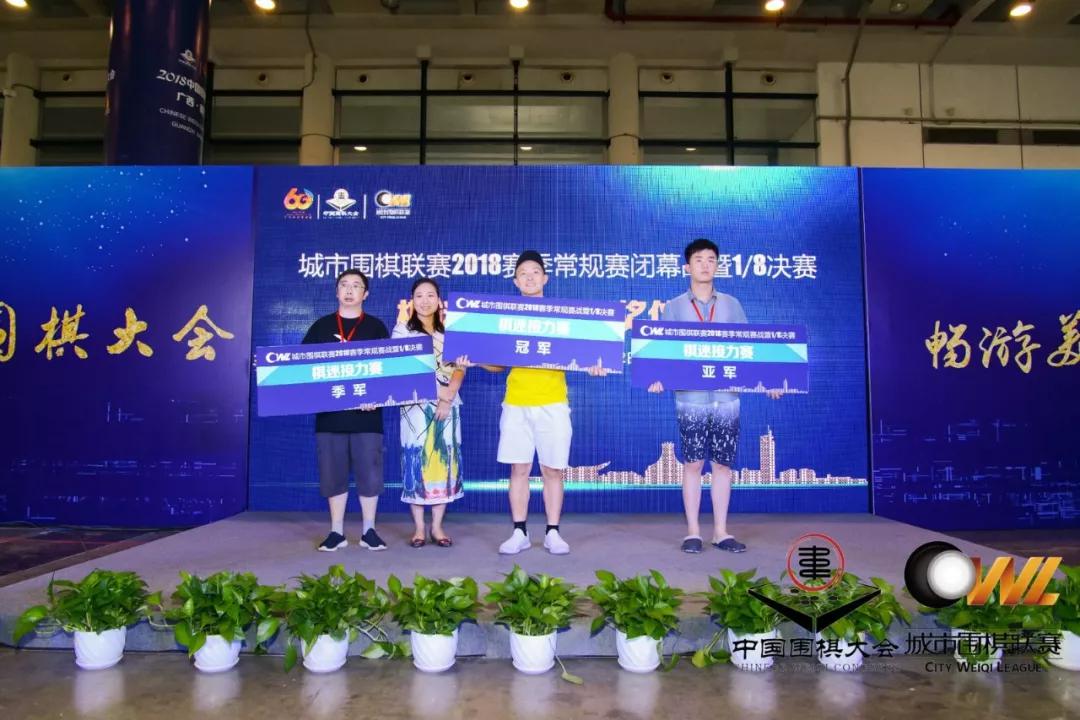 ▲The Top Three Players in The Relay Match