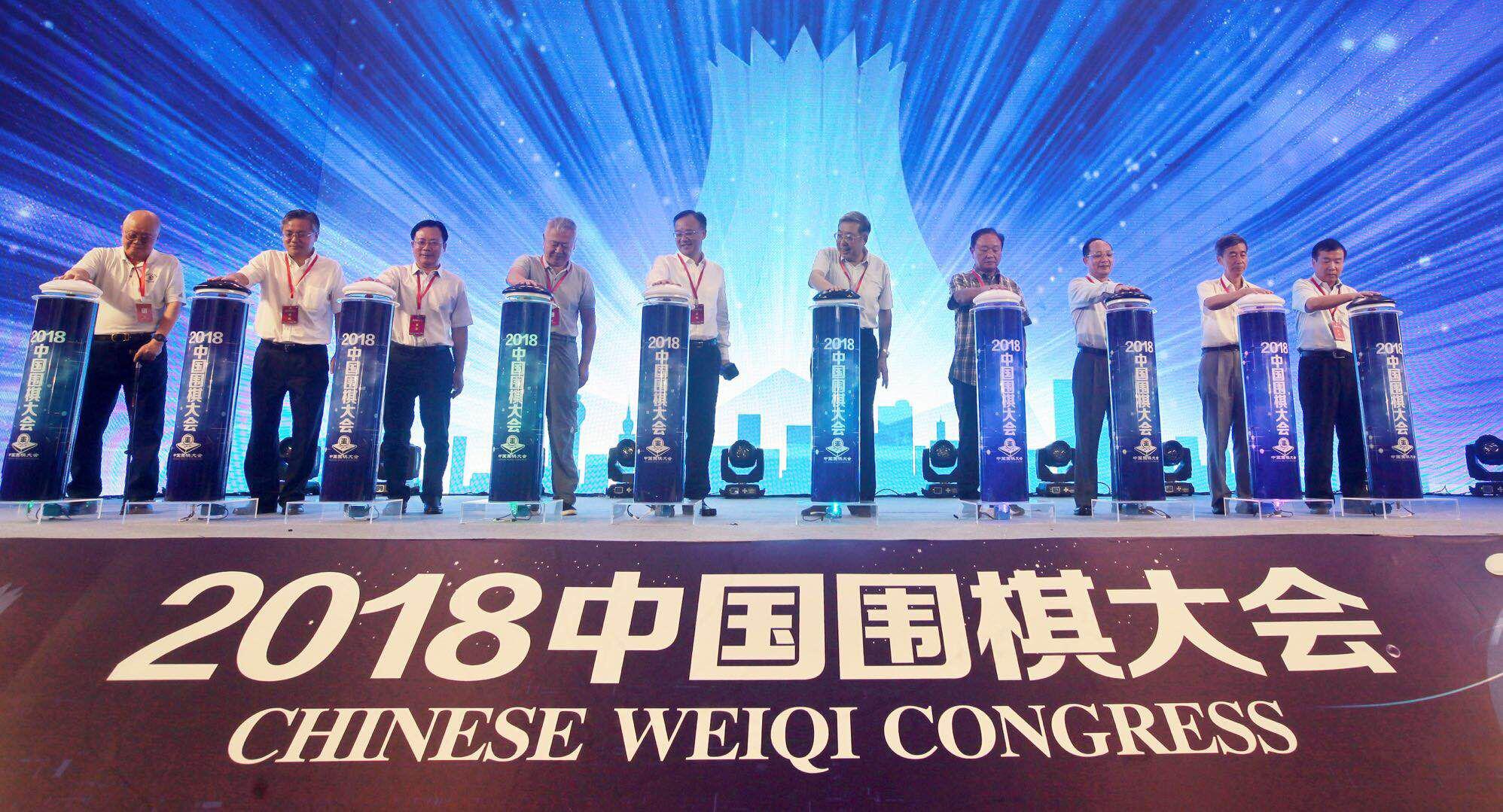 Lin Jianchao, chairman of the China Weiqi Association, said that the 2018 China Weiqi Congress is a grand festival for the Chinese and even the world's Go players. In these days, we deeply felt the fruitful achievements of Guangxi's economic, social and cultural development, and enjoyed the fruitful achievements of Guangxi Sports included the Go Sport, and have felt the attention, support and enthusiasm from the Guangxi Autonomous Region Party Committee Government and the Nanning Party Committee and the Municipal Government to the City Weiqi League. 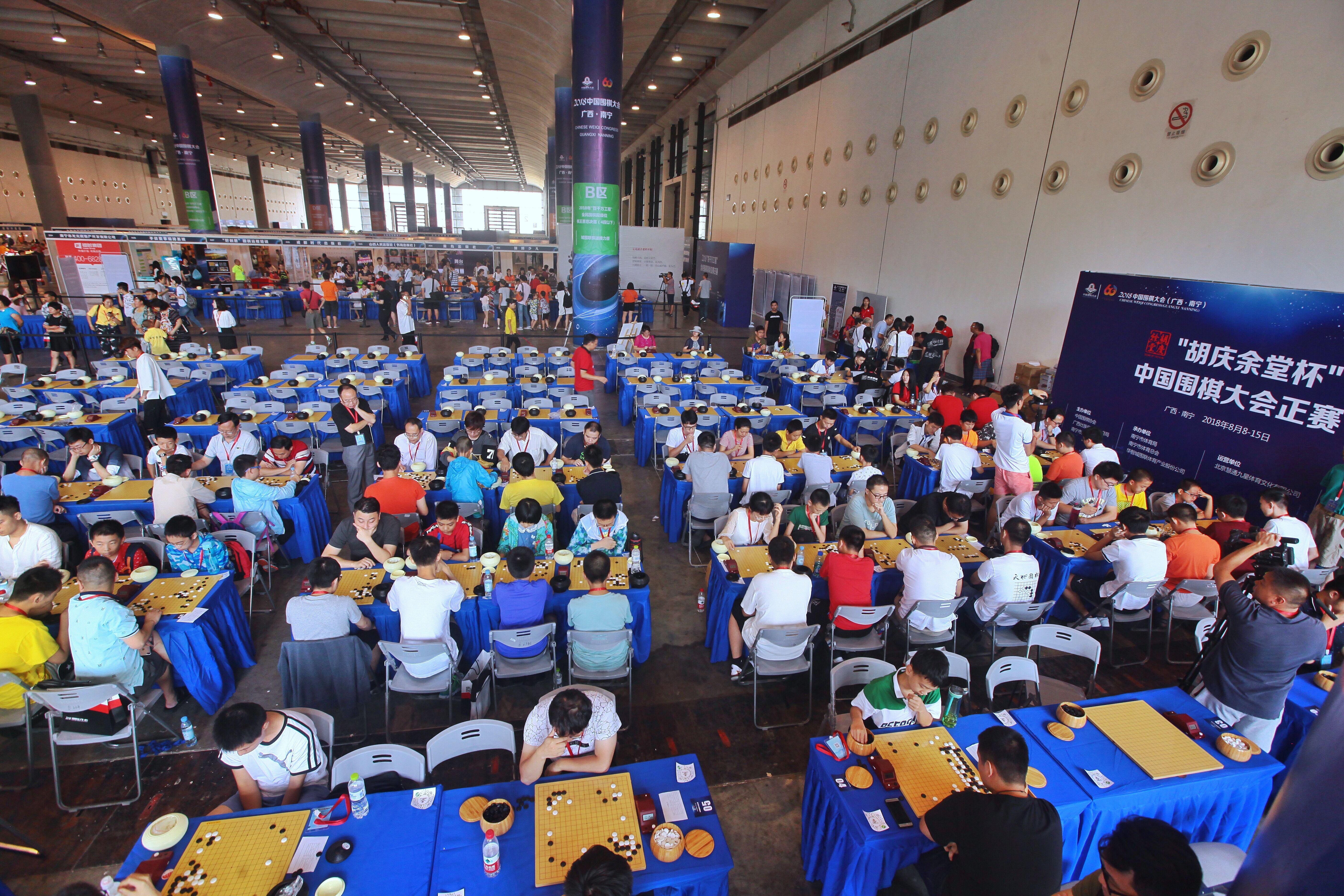 Through the "seven combinations", the congress presented seven highlights, highlighting the international model. These seven highlights are: combining state-level high-end Go events with a variety of styles of diverse Go sports, forming the most content-rich Go game in China and the world; through the integration of Go "100-1000-1000 project" and " Weiqi Homeland” founding activities and the local Go activities, which has made the masses' attention more than ever. Only the Guangxi “100-1000-1000 Project” youth competition attracted tens of thousands of children to participate, each day more than 1200 young chess players participated the competition; the Go activities of the national college faculty and the college students were organically combined in the Go Congress, which created a new chapter in the national college Go activities; the professional players reunited and participated in the social welfare “Guidance Game” activities combined greatly increased the centripetal force of the national professional Go team; combined the world artificial intelligence Go tournament with the practical application of the chess artificial intelligence technology, opened a new historical stage of the artificial intelligence Go game; Combined the Chinese Go sport with the Go sport in Southeast Asia and the world, create a new form of Go game with international standards; closely combined the work of government agencies and Go organizations, especially highlighting the new style of City Weiqi League this Go game and the planning, cohesiveness and organization and execution abilities of the Go organization. 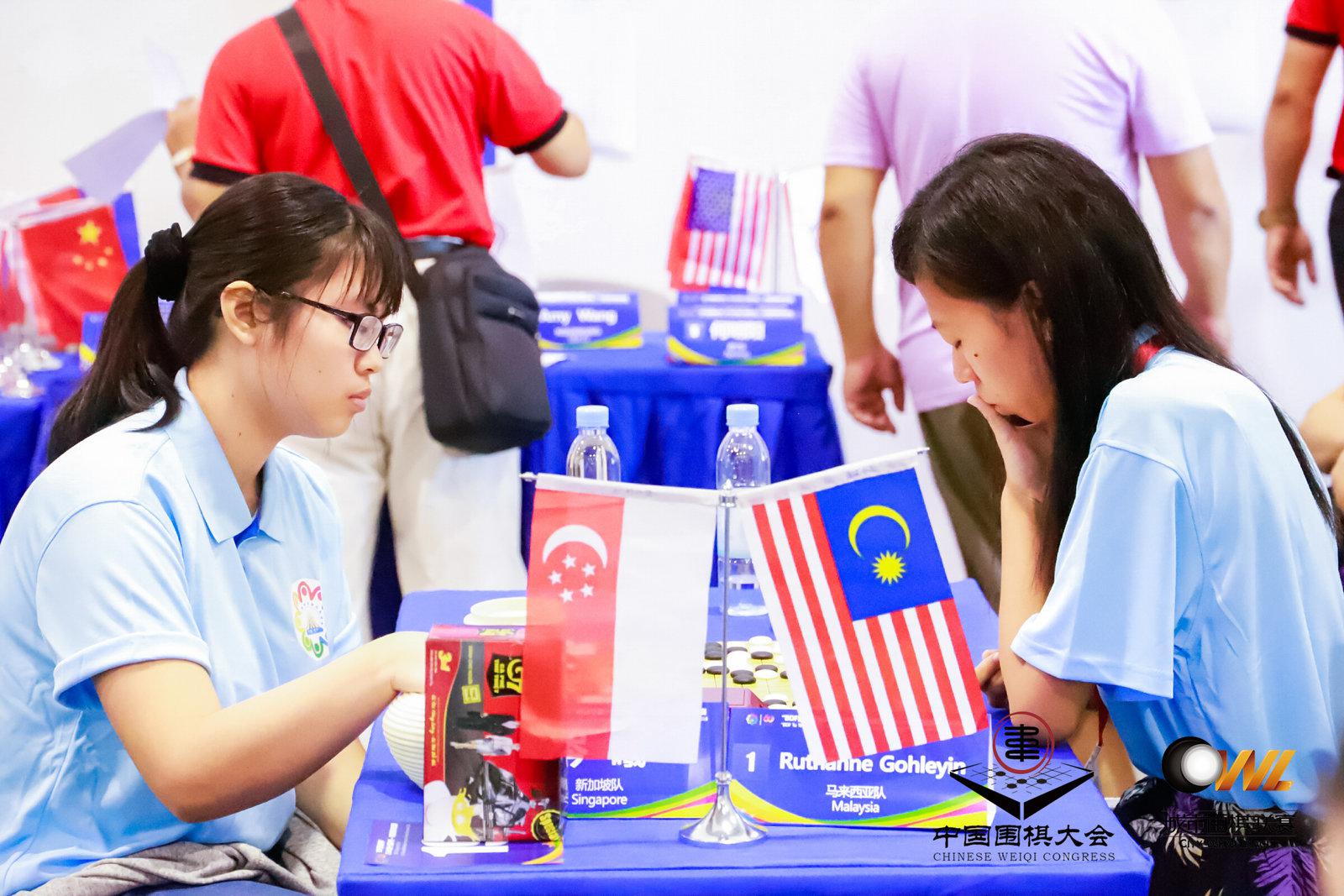 This congress is also a successful case of a “public supports and private undertakes” sports event. One of the organizers of the congress, the main body for the City Go League’s operation, Huazhi City Weiqi League Sports Industry Co., Ltd., through more than three years of experience, formed a set of standardization in the event reception, event planning organization, media publicity, logistics support, and commercial operation. Its management mode is a large-scale and professional first-class Go tournament organization company with strong operational capability and rich experience. In 2017, the company won the title of “National Sports Industry Demonstration Unit” and “Guangxi Sports Industry Demonstration Unit”. At the congress, City Weiqi League attracted the participation of many enterprises in the upstream and downstream of the industrial chain during the event, and realized the investment model of attracting investment from enterprises and attracting investment in the industrial chain. 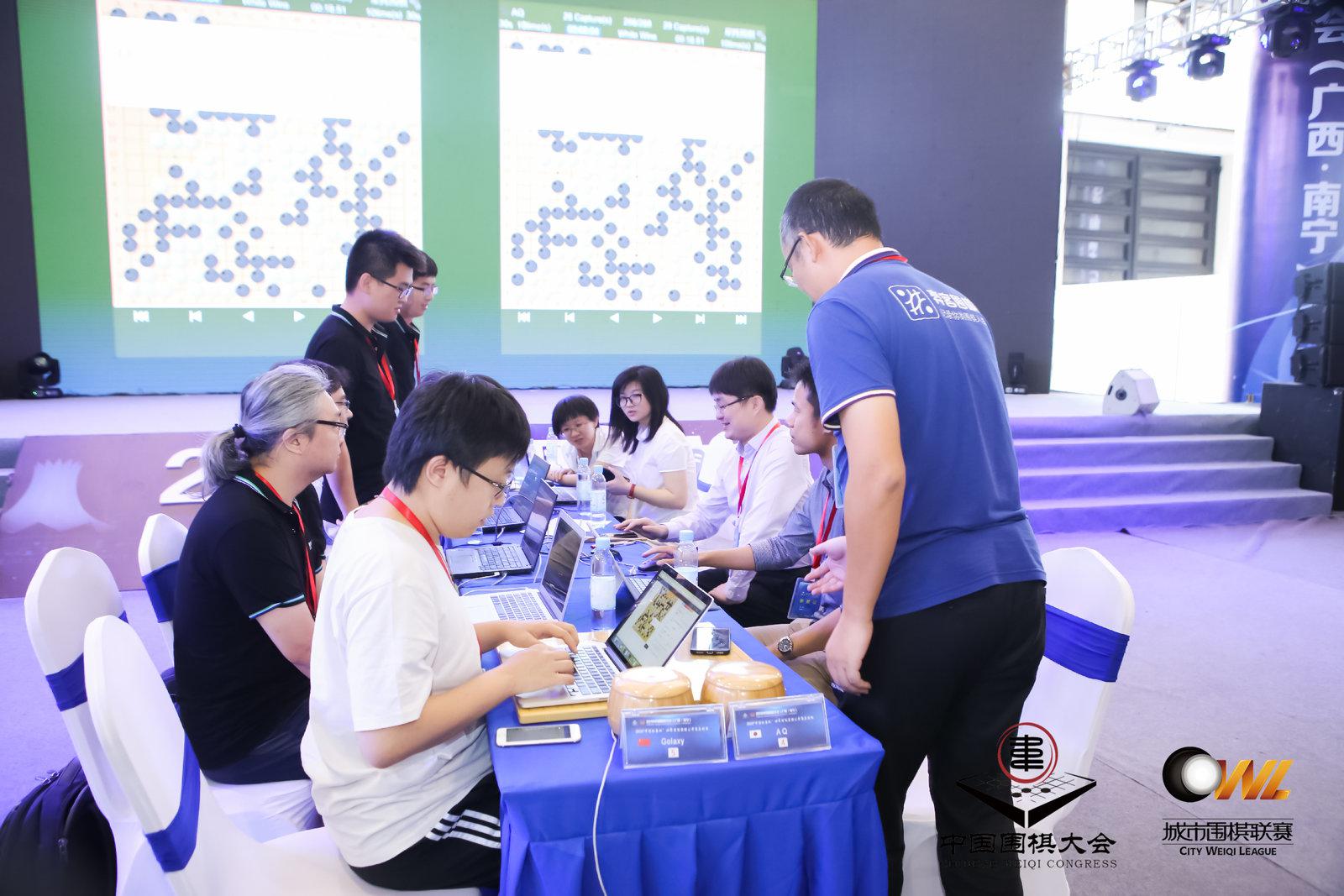 This congress won wide acclaim for China Weiqi and Nanning the Green City, and won an international reputation for Guangxi. 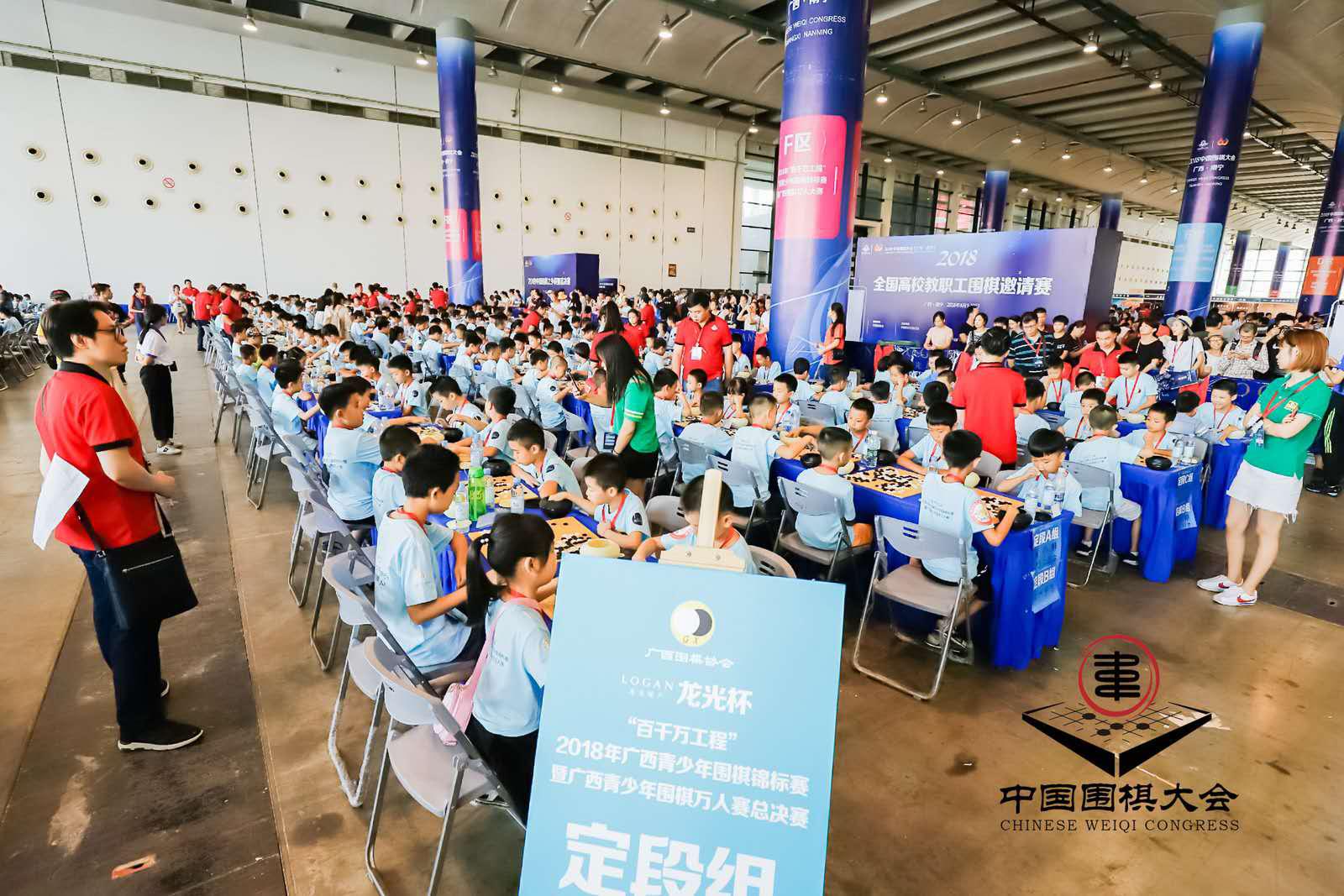 Martin, president of the European Go League, said: "I am quite surprised by the scale and speed of the development of Chinese Go." Andrew Oken, president of the American Go Association, said: "This Go meeting is so magical and so large scale. There are also many high-level competitions. This event got supports from the government and sponsors and is great successful." The official director of the Kansai Go Institution in Japan, Sugawara, said: "The organization of the congress is very efficient and the service is pretty good. The game field has a grand sight, and so many audiences participating, the scene is amazing."