source：城市围棋联赛 author：佚名 time：2019-06-13 16:15:47 0hits
Editor's note: The opening game of CWL 2019 season was held in Liuzhou, and its level of internationalization was further improved. "China Sports Daily" published a report article on the headline of the second edition on May 27, and the official website of the American Go Association reported the participation of the Los Angeles club. The above two media reports are reproduced below: 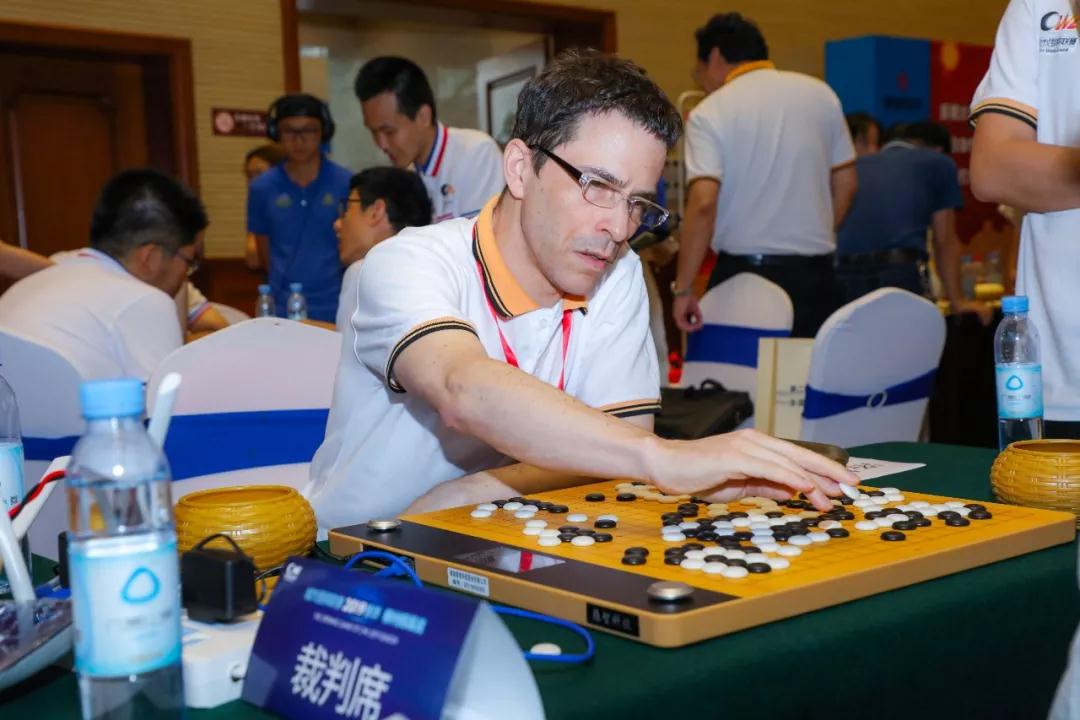 On the 25th May, the 2019 season of the City Weiqi League (hereinafter referred to as CWL) was kicked off in Guangxi Liuzhou Iron and Steel Group Co., Ltd., and the Los Angeles Weiqi Club became the new member of the league and became the first team from the United States in the history of CWL. CWL is an original event with independent intellectual property rights created by the driving force of sports revolution in the first half of 2015. CWL initiated the “Relay Race” competition system, and built the Weiqi industry platform and the business ecosystem and promoted and disseminated the excellent traditional Chinese culture with the popularization of the event, resource commercialization, operation enterprization and organization unification. Recently the number of members of CWL has grown from 18 teams in the founding season to 32 teams now. The internationalization of the league is also getting higher and higher. It has formed a Weiqi brand competition covering 4 continents, 8 countries and regions, covering 32 famous cities at home and abroad. With the participation of more and more overseas teams, CWL not only spreads the new Weiqi competition system but also Weiqi culture to more countries and regions.

Lin Jianchao, chairman of the China Weiqi Association, said that the development of CWL shows the vitality and appeal of being an innovative Weiqi game system. “CWL is a intellect gathering type game as a link among Chinese Weiqi Clubs and even the world Weiqi Clubs. Its biggest feature is that it is different from the single-smart competition mode. It uses a combination competitive game method to make Weiqi a new charm.This season, the number of participants in CWL tournament exceeded 370, including Ma Xiaochun, Liu Xiaoguang, Yu Bin, Guli, Shi Yue, Tan Xiao, Chen Yaoye, Tang Weixing, Zhou Ruiyang, Jiang Weijie, Yu Zhiying, He Jiajia, Yuki Satoshi, Michael Redmond and other world champions and high-Dan professional players, as well as Hu Yuqing, Wang Chen, Ma Tianfang and other amateur masters. The internationalization of CWL began in the 2016 season with the participation of the Seoul Club of South Korea. With the join of overseas clubs such as Sydney, Osaka, Toronto, Bangkok and Singapore in the 2017 season, CWL has the prototype of the international Weiqi tournament. The join of the Paris Club of the 2018 season and the Los Angeles Club of the 2019 season extended the layout of CWL to Europe and America.


In the new season's CWL match, the Los Angeles team showed their decent strength when they appeared on the show. The whole team worked together to reverse the Jingde Zhongyao team and win the first match. The team coach and team member Wang Licheng Nine-Dan said: "The first time I participated in this form of Weiqi game, I felt both novel and exciting. Everyone played very hard and we felt very well for winning the game." Los Angeles team main force Michael Redmond was born in California, USA. When he was a child, he fell in love with Weiqi because of his father's influence. Later he pursued his dreams and became a professional Weiqi player at the Japanese Ni-hon Ki-in. He has come to China many times before, and now he finally has the opportunity to represent the city of his motherland on the stage of CWL. "This game requires five or six people to work together. Everyone has their own ideas. The game is full of unknowns." Michael Redmond said that he hopes the Los Angeles team can make the playoffs and enter the top eight.
Regardless of whether Michael Redmond’s wish can be realized, CWL has gone further and further on the road of internationalization. 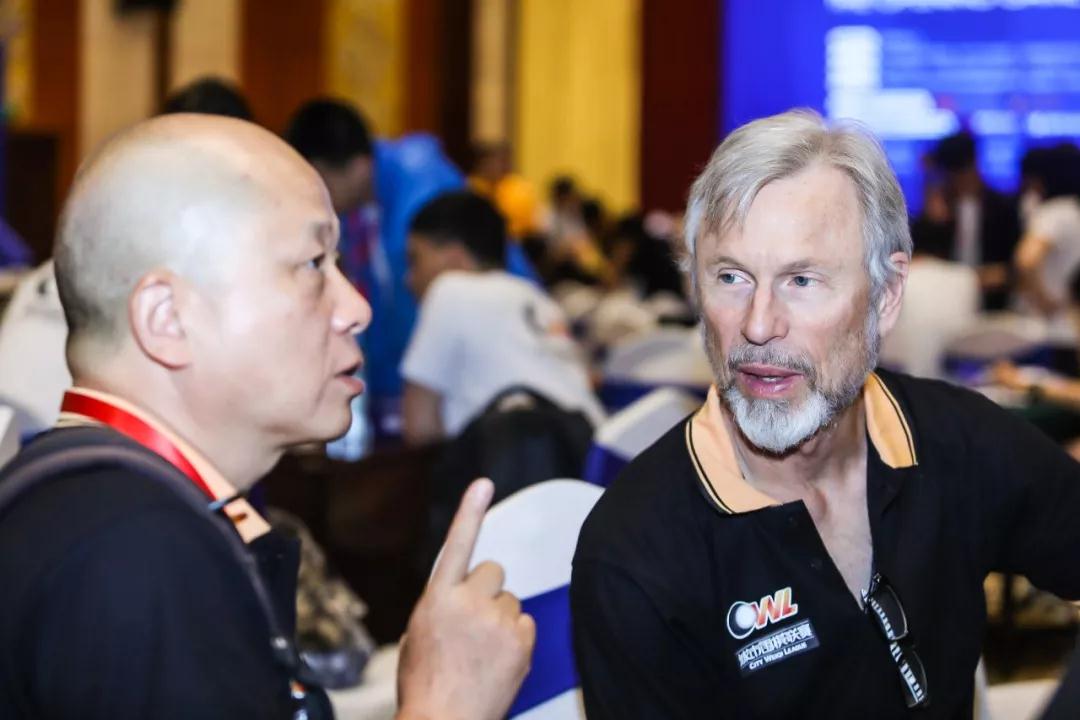 A team from Los Angeles has joined the Chinese City Weiqi League for the 2019 season, reports Steve Burrall from China. “The expense of fielding a team has historically been prohibitive for most non-Asian countries, but team leader Peter Chang has stepped up with funding for the first-ever team from the US to participate.”

▲ Team members discuss strategy while one player is playing on a board off to the right. Captain O Rissei 9p is in the center, seated at the board next to Michael Redmond 9p. photo by Steve Burrall. 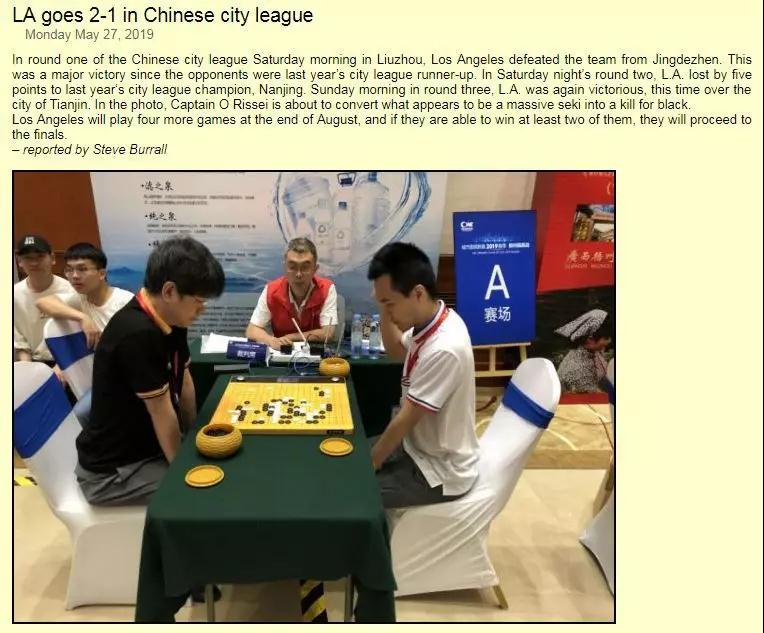 In the photo, Captain O Rissei is about to convert what appears to be a massive seki into a kill for black. Reported by Steve Burrall.